The last and first harvest of Autumn

It has been over two months since I last wrote a post on this blog. Time has flown by. I thought when I retired I would have a lot more time and yet this doesn’t seem to have happened. How did I manage to work?

Anyway, back to the vegetables. The weather has finally broken with gales and much-longed for rain.  I went down to the allotments to check on the polytunnel and then couldn’t leave it without picking almost the last of the tomatoes and the very last of the cucumbers. 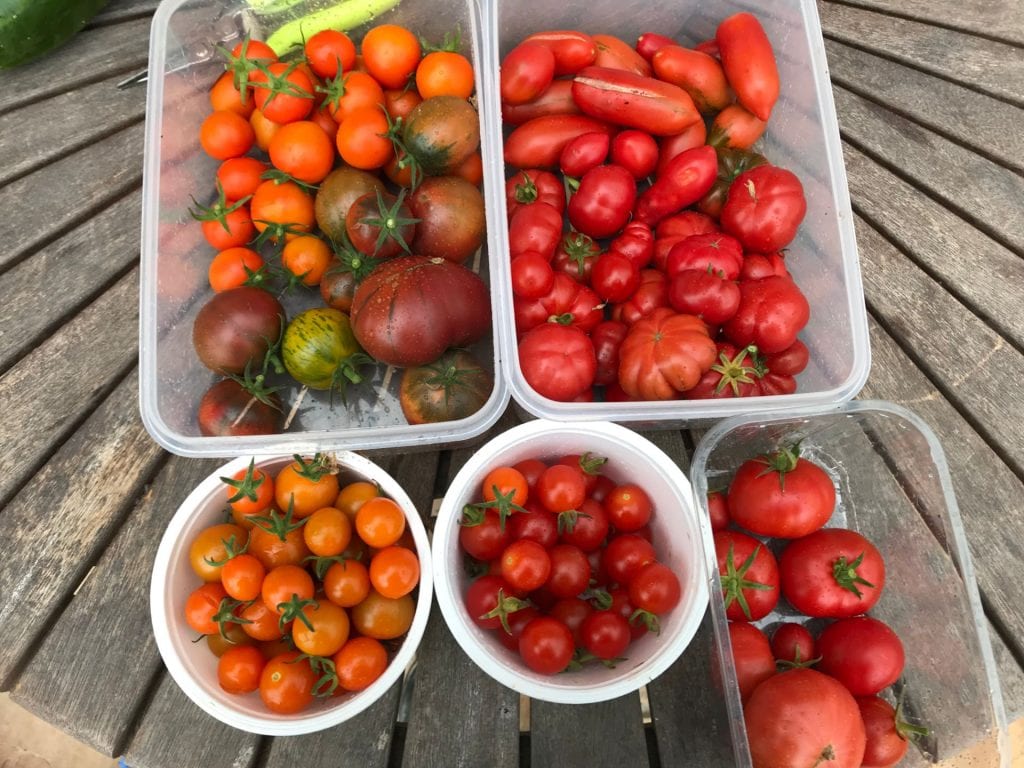 I haven’t watered these since the beginning of September in order to prevent splitting which always seems to happen at this time of year. The plants have done remarkably well, a little droopy on some of the hotter days but recovered overnight. It does make me wonder if I need to water them as much as I do during the hotter months. 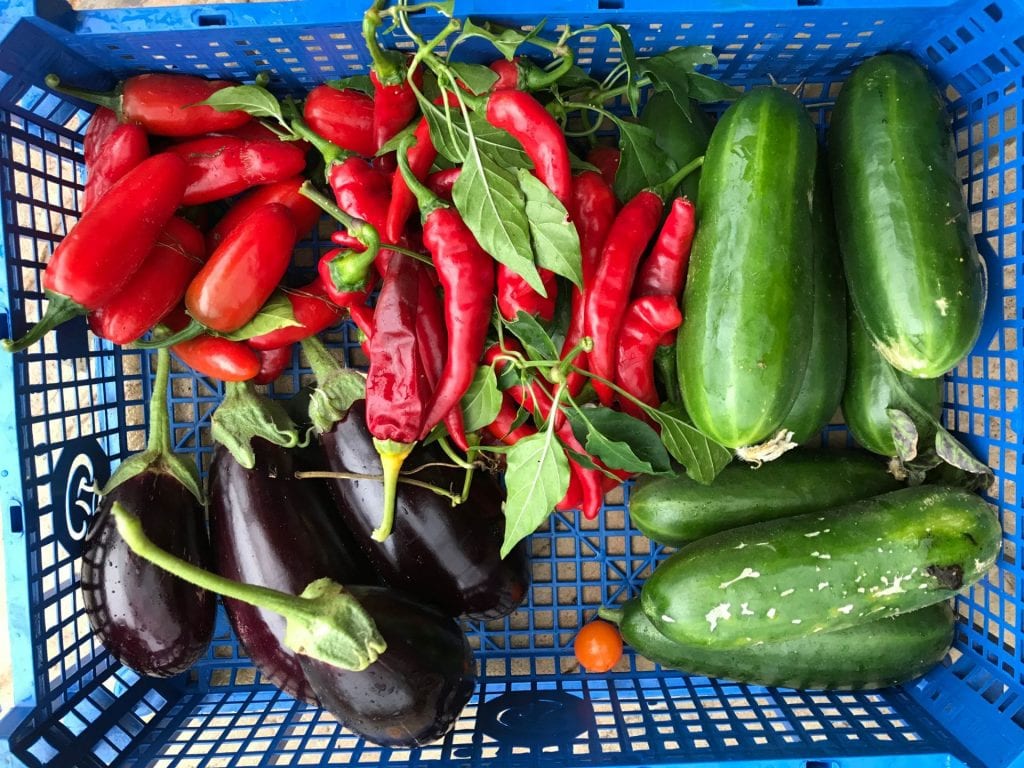 The cucumbers have been one of the stars of this year.  I have had one grafted plant of Mini Munch and it has produced 19 kgs of cucumbers. I debated buying two plants but thank goodness I didn’t. I haven’t ever kept records of how much I grow before – too busy working- so I can’t categorically say that it is a lot for one plant but it did feel like a lot when we were eating them. I have now pulled the plant out as well as the aubergine plants to make way for some winter crops of salads and garlic.

But as ever there are things to look forward to. 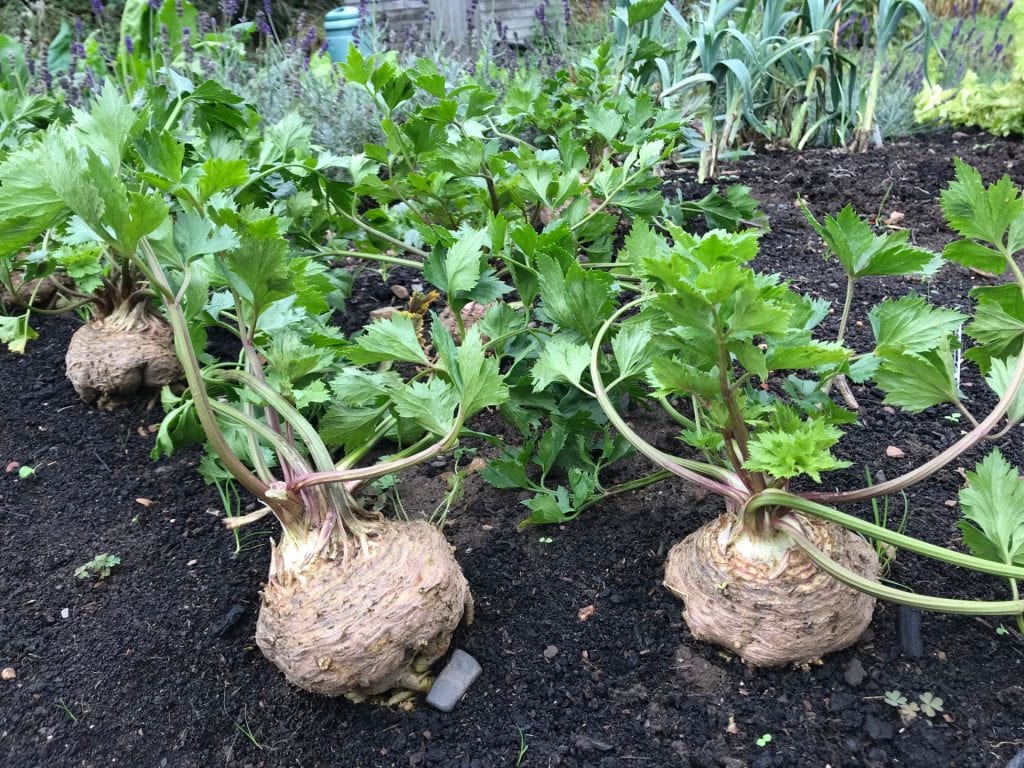 Last year I grew one decent sized celariac of the type Giant Prague. This year I have 12   I put that down to the very thick layer of home made and bought compost I put on the bed before planting them out. I watered them as much as the other vegetables so they didn’t get any special treatment in that sense.  I am looking forward to these as chips and mashed up with potato on cold winter nights. 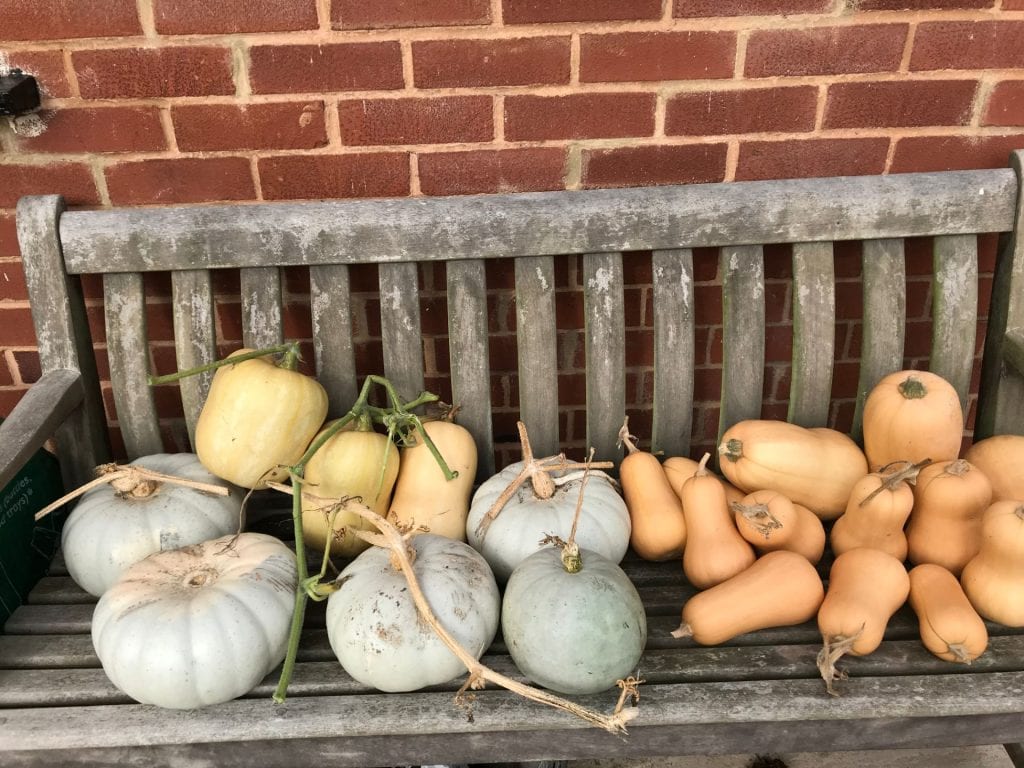 The squash haven’t done too badly considering the weather.  The green ones are Crown Prince which are my all time favourite but we eat last because they keep better than the butternut squash. The orangy ones are Hunter which have been developed for the UK and the yellowy ones behind the Crown Prince are Waltham. They are not quite ripe but will not ripen any more on the plant so I have picked them. These should last us until next spring. 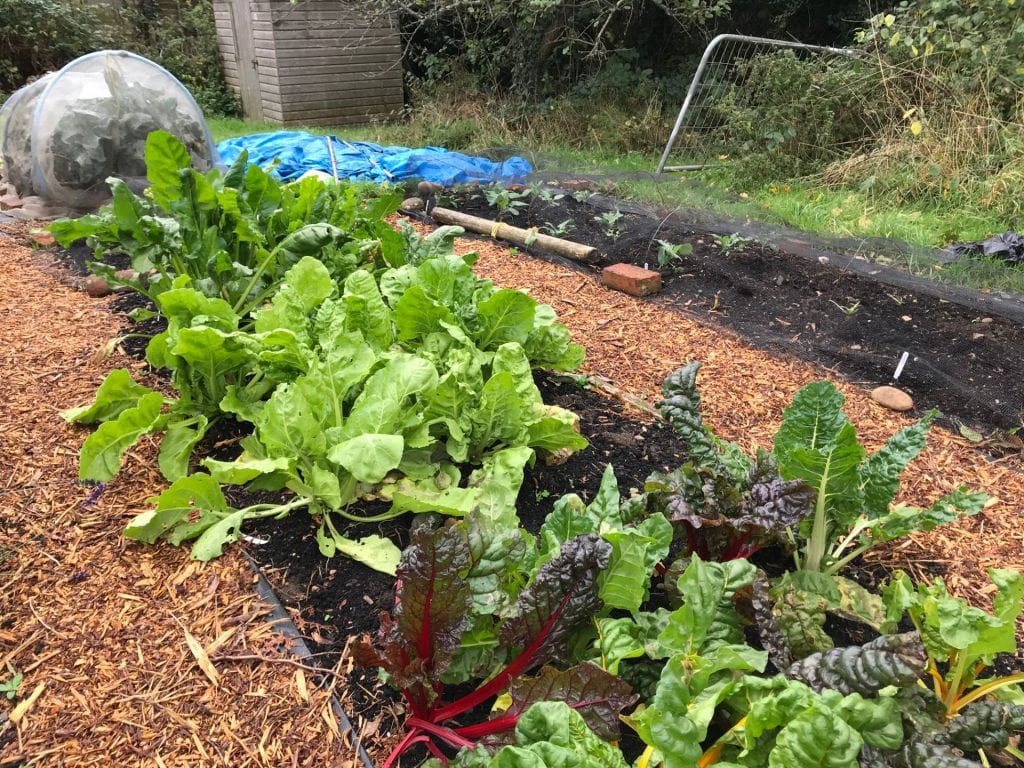 Although I have been picking chard throughout the summer, it seems to come into its own at this time of year and through the winter. I add it to almost everything and I am hoping that I have grown enough for us to have some all through the winter. 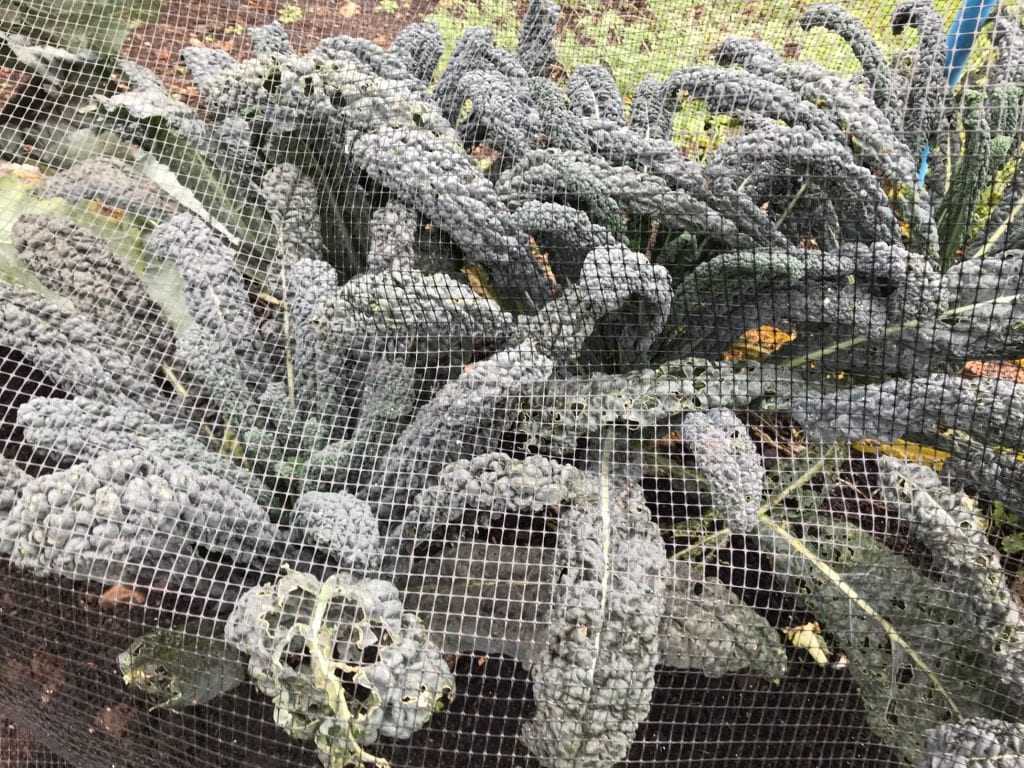 And looking good, apart from the slug nibbles, are the Cavalo Nero or Black Tuscan kale. I net it against the pigeons that sit in the trees surrounding my plot. This year has been a terrible year for the little white fly that love to live on brassica leaves. They were everywhere and it is quite hard to wash them off. As I walked past the beds of brassicas, clouds of them would ascend although the colder weather does seem to have killed off many of them.

As ever, this post is part of the Harvest Monday blog posts hosted on the wonderful blog Happy Acres.

Category: Uncategorized | 8 Comments on The last and first harvest of Autumn