Having finally decided on the space for my online Permaculture Design Course activities, today on my walk I focused on the plants, including the big trees that I missed.

I have already mentioned the grass that is growing on the land which is doing a sterling job of preventing erosion and stabilising the soil but there are a couple of other things as well. 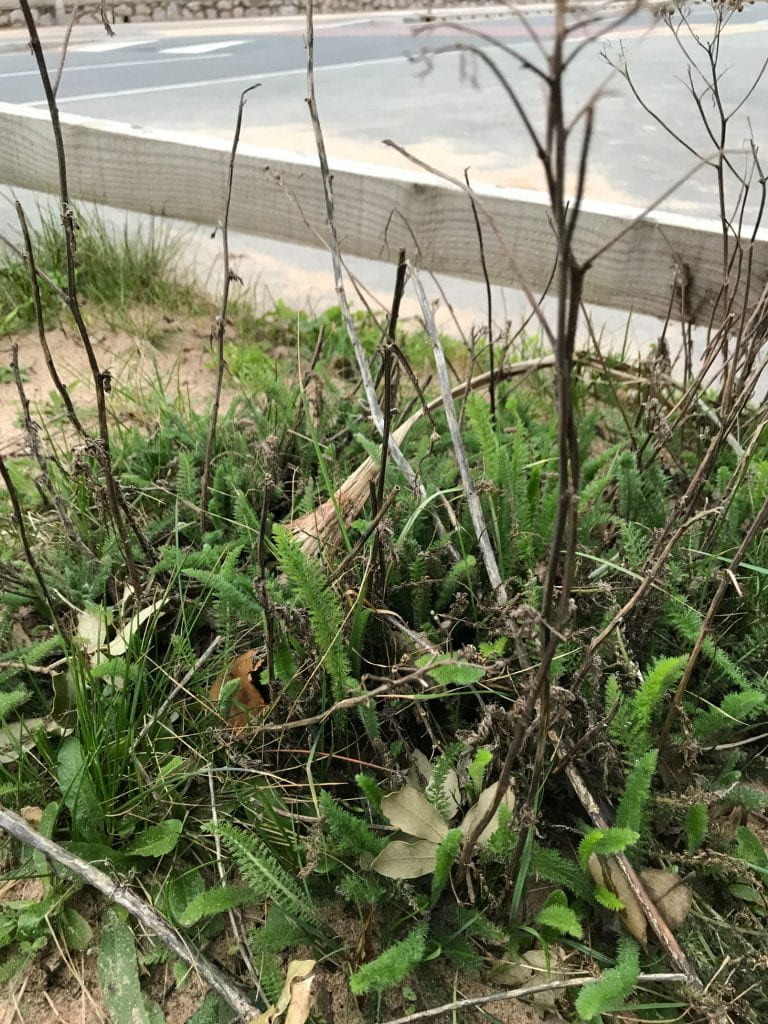 The first plant is yarrow, Achillea millefolium, wrapped around one of the fence posts at the west end of the land. The picture of it demonstrates how it creates more soil as the leaves that blow around and get caught in it rot down along with the plant stems. The Wildlife Trust website states that this is a plant that can help to restore arable land to grassland which it is doing here as well as stabilising the soil.

This next plant I am less sure about. 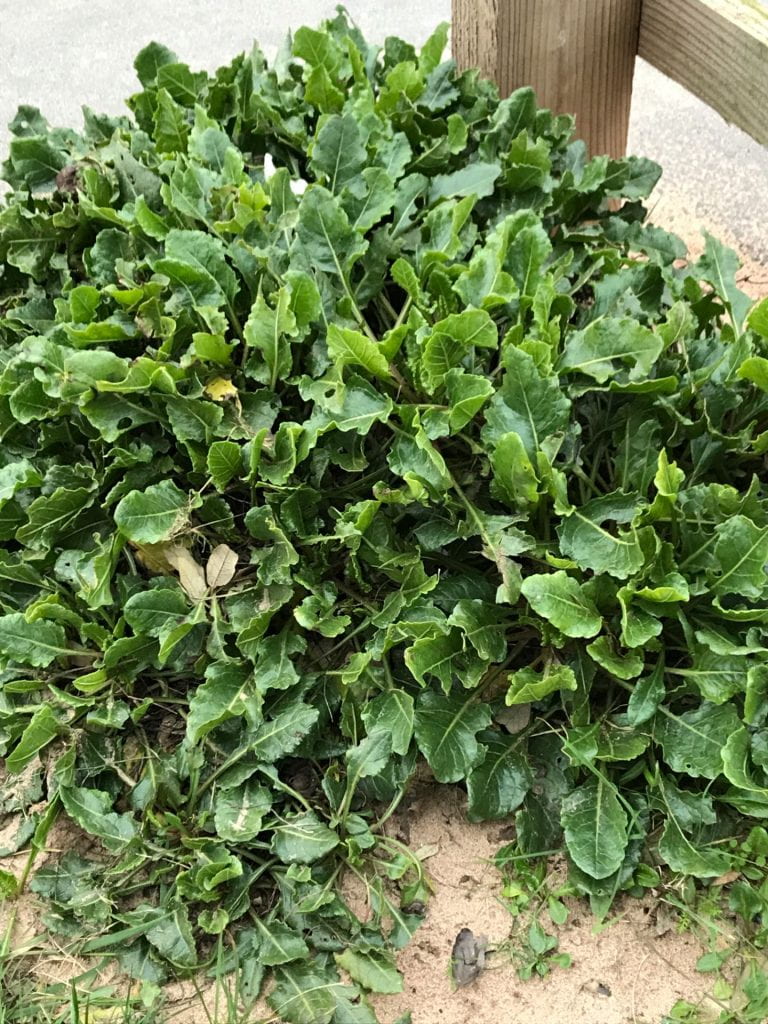 Again, its clumping form helps trap soil/sand, leaves etc. At first I thought it was a crambe which edible seaside plants but the leaves don’t look quite as kale like as most crambes do.  I wondered about dock, it looks like horse radish that has gone wild on the allotment next to mine. As there are no flowers it is hard to say. However, after using PlantNet I think I agree with them that it is Sea Beet, and edible coastal plant.  I will be more secure with the identification when it flowers.

On the other side of the road around the new development, there has been some planting and I thought it might be worthwhile noting what has been put in and look at how they do over time – you never know. There might be something that would do well on the bit of land I am looking at. 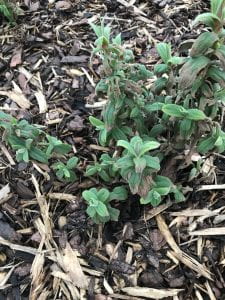 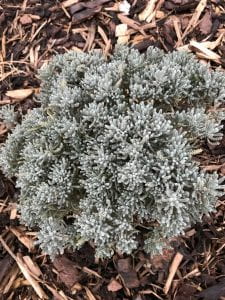 First we have a cistus and what I think is a cotton lavender, Santolina chamaecyparissus. I’ll be able to tell more when they flower but here the landscapers have dipped into Mediterranean plants. They are planted someway behind the buildings and so are probably somewhat sheltered from the southerly winds. The santolina can be used to create low hedges and that might be useful on my plot to trap leaves etc to build up the soil. 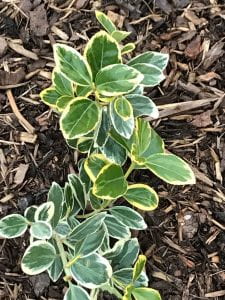 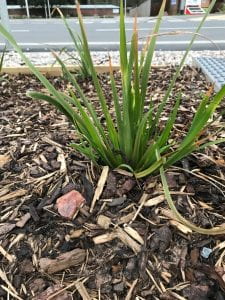 There is also an eleagnus and a sisyrinchium which likes hot, dry conditions but will also tolerate some shade and damp and our winters are damp.

One plant has already died – probably the Beast from the East saw if off with desiccating, cold winds. It was some sort of fastigiate small tree – yew/pine. 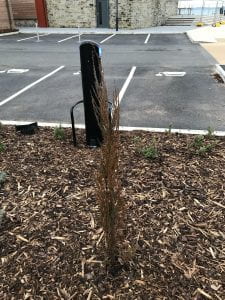 It is still behind the buildings but at the edge and probably is just not protected enough.

As more plants appear, I will add them to this list.