I start to get twitchy fingers at this time of year and am desperate to sow seeds but apart from a few peas and beans it just isn’t worth it.  The seedlings get leggy and then cold, or the other way around, and do not produce great plants so I must wait until the middle of February. However, it doesn’t mean that things are not growing all around me.

And don’t think the garden loses its ecstasy in winter. It’s quiet, but the roots are down there riotous.

Rumi, The Soul of Rumi: A Collection of Ecstatic Poems

This post is part of the wonderful Six on Saturday hosted by The Propagator. Thank you all for the very warm welcome. 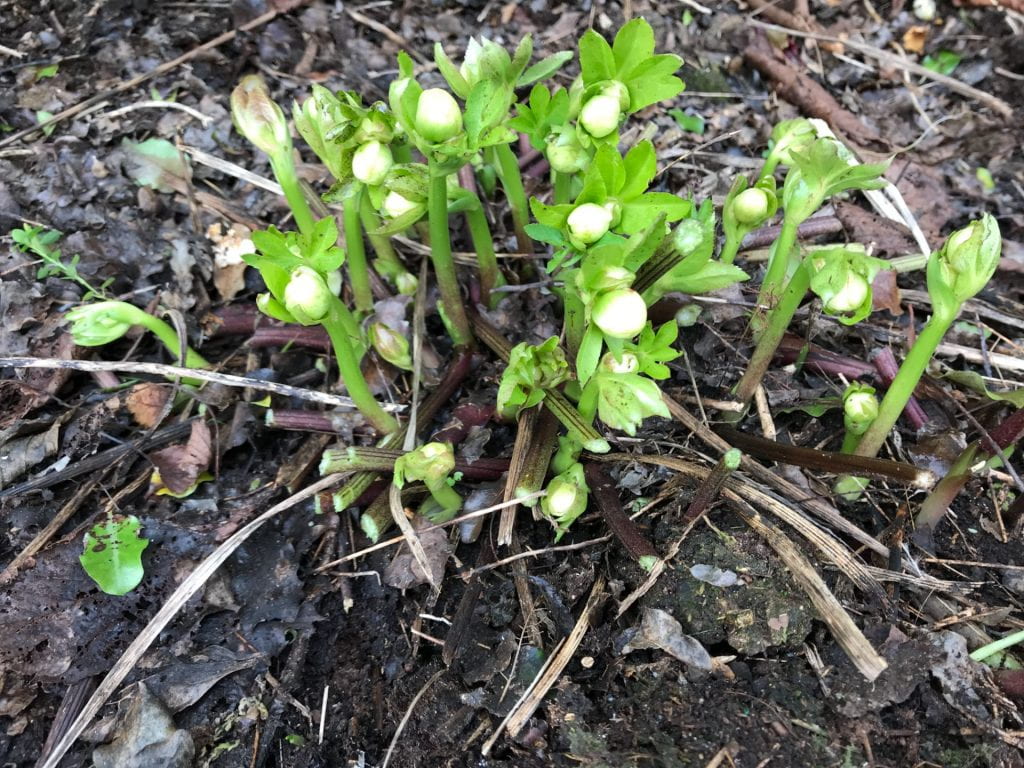 My first plant is the hellebore that my Mum collected seeds from in her local Sainsbury’s carpark. When we had to sell her house, I took a few of the plants from her garden and planted them in mine despite the fact that we had completely different soils. They took a little while to acclimatise but once they got going, they were off.  I doubt that they are a fancy variety but they are important to me and they are almost here. 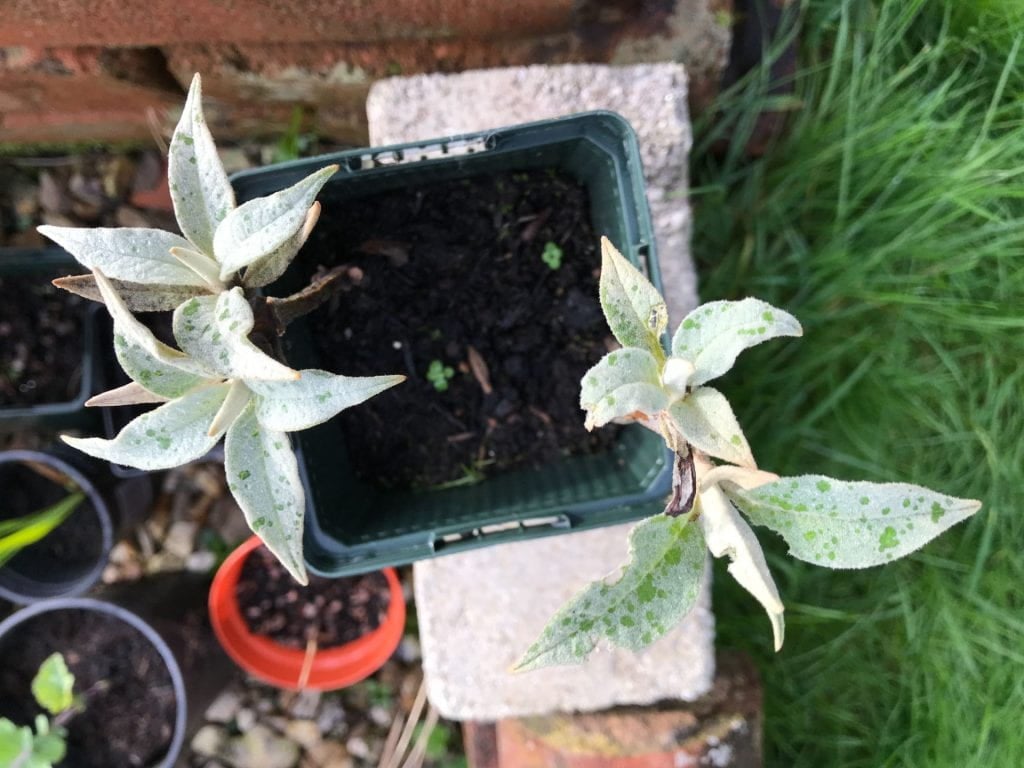 Second are my cuttings from Buddleia colvilei. I bought a plant and put it somewhere where it is completely covered by another large shrub. By the time I realised, it was a bit too big to move so I took some cuttings in the hope that I could create more plants. 3 out of the 4 cuttings have taken and roots are now poking out of the bottom of the pot.  The leaves are felty and grey, like many plants that are relatively drought tolerant, although they lose some of their feltiness as they mature. The flowers are tubular bells, similar to those on a penstemon. 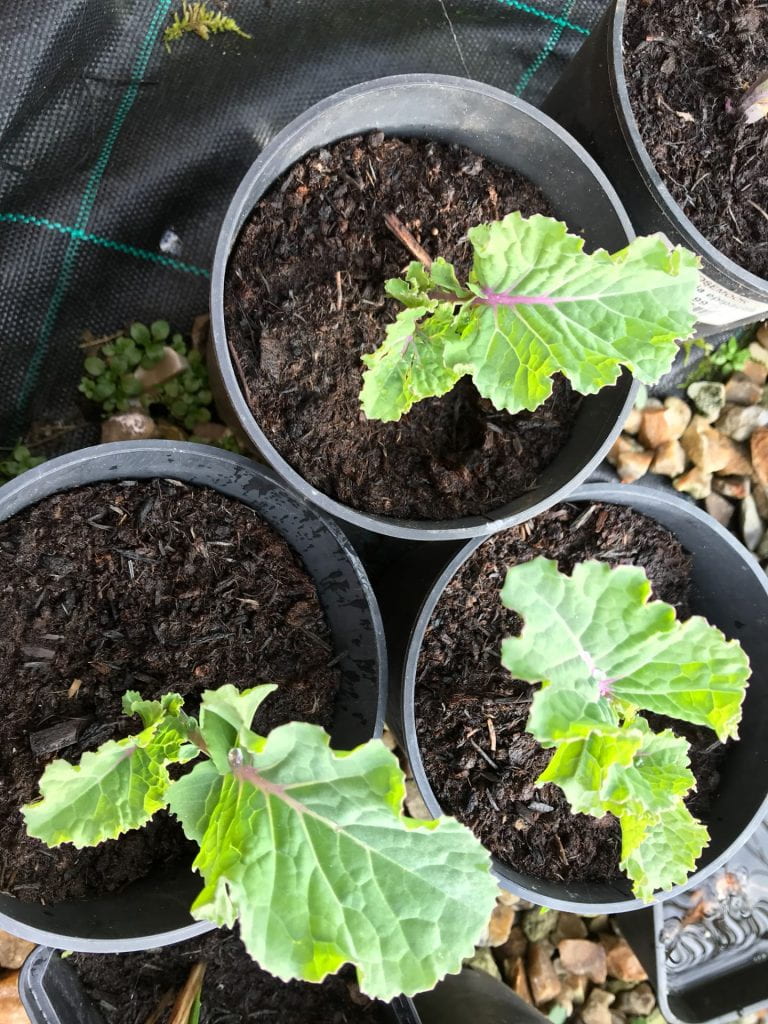 I have a large perennial Cottager’s Kale on the allotment that at this time of year gives many, many leaves. The plant is rather large and a bit of a slug magnet but invaluable. I took these cuttings in September and they are in a sheltered space in front of my greenhouse at home and look to be doing well. I am going to put  couple on the wildlife plot as I need to grow more food on it and then give the rest away to the allotmenteers.  They are a much sort after plant on our site. 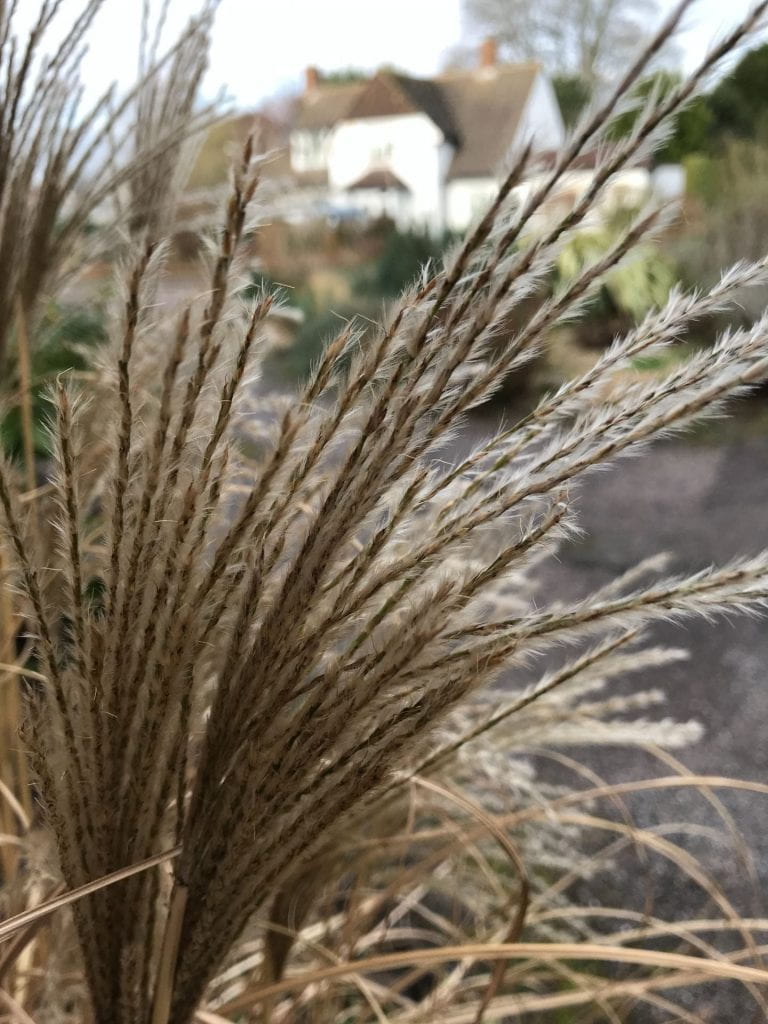 I love the flowers on Miscanthus sinensis Morning Light. The plant is at the front, north facing, of the house in the only little bit of heavier soil that I have in the garden and it seems to do fine. The shape of the whole plant is great – like a fountain – and it is prolific enough to split every two years. This means that I have it all over the garden. 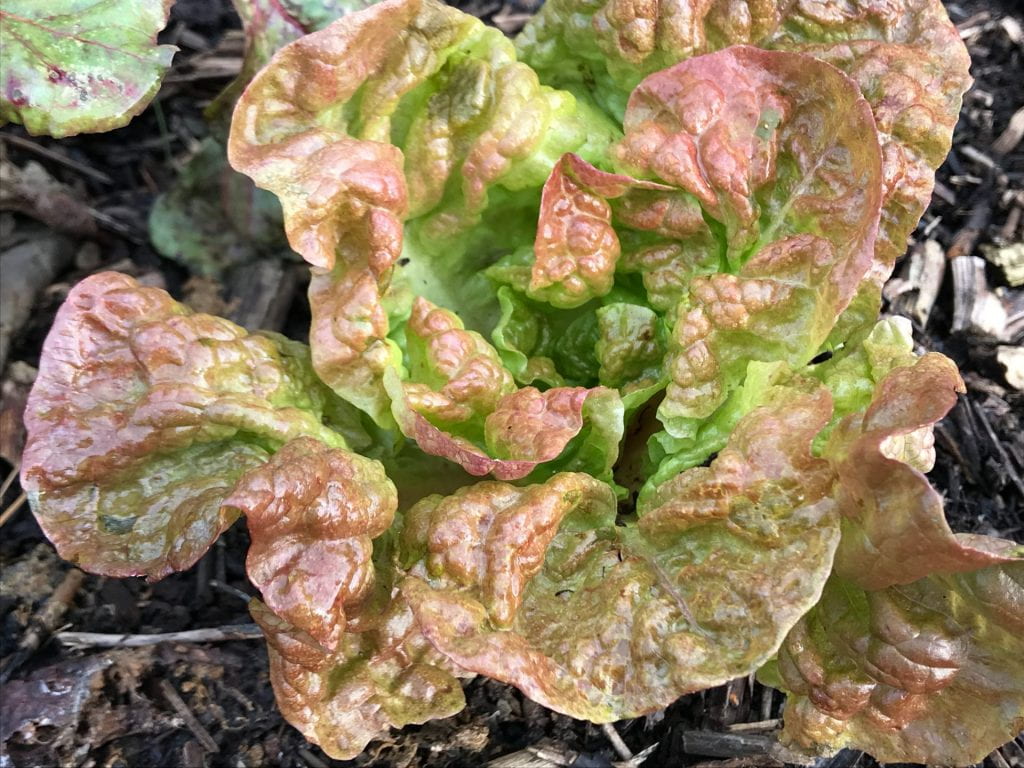 Some plants are really tough. Who would have thought that a lettuce would have survived being frozen every night for the last four nights and still look perky and pickable the next morning.  This lettuce is a self-seeded plant growing in the wood chip path of the vegetable beds at home.  It is Rouge Grenobloise but I also have a black-seeded Simpson lettuce in another path. 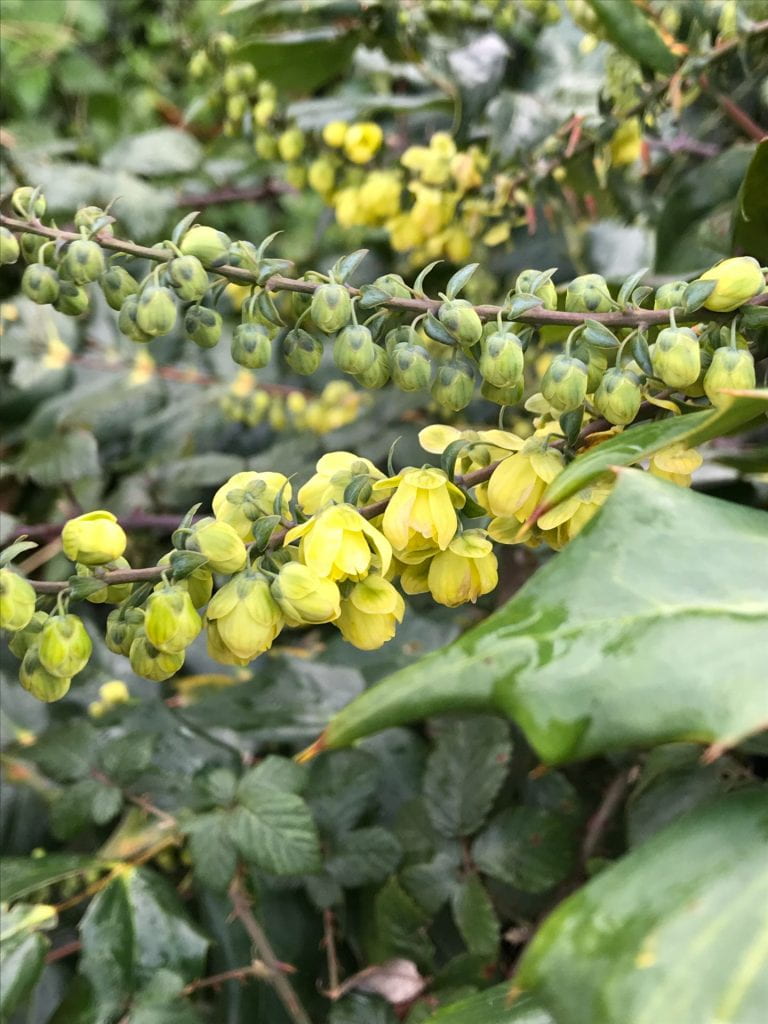 My Mahonia Charity is just coming into flower. It is full of them and the blackbirds seem to be having a great time picking the flowers off and throwing them around the plant. I sat and watched them this morning but I am not sure why they are doing it. Vandals! The label on the plant says that it is Charity but the flowers do not stick up in the air like the photos on google but droop down. It is one of the few shrubs that I still have that was in the garden before we moved in over 20 years ago. The shrub can be hacked right back and still it sprouts forth. (I’ve just noticed a bramble in the picture growing away quietly through the Mahonia!)

Do you have green shoots in your garden?

Posted January 9, 2021 by alijoy in category january, six on saturday